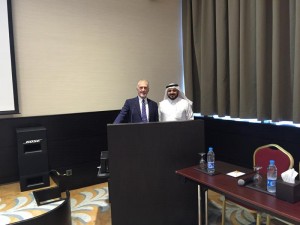 In the two days spent in Riyadh Eng. Rey – always accompanied by Eng . Hashim Al Zahrani – visits numerous local contractors laying the groundwork for future collaboration . The CEO of the engineering company Studio Rey & Associates was invited by the National Council of Engineers Saudi in Jazan (the capital of Jizan Region,  which lies in the southwest corner of Saudi Arabia and directly north of the border with Yemen. Jazan City is situated on the coast of the Red Sea and serves a large agricultural heartland that has a population of 1.5 million. The area is noted for its high-quality production of tropical fruits like mango, figs, and papaya. Jizan has one of the largest mega projects market in the kingdom with significant infrastructure projects worth many billions of dollars, Saudi Aramco executes large, high-profile infrastructure projects, of 400,000 bpd refinery with associated terminal facilities on the Red Sea near Jazan, scheduled for completion in late 2016). In the Hotel Marriott Eng. Rey on May 28, 2015 , held a workshop and has two very different topics during the exhibition of two separate meetings / conferences that engage all morning.

In the first case:  PROPOSALS FOR THE URBAN DESIGN OF ROUNDABOUTS: A BUSINESS CARD FOR THE TERRITORY BETWEEN ENGINEERING AND LANDSCAPE ASPECTS (a kind of “non-place” into something that enhances the identity of a territory).

The second one A PATH FOR THE RECOVERY OF HISTORIC BUILDINGS: A methodological and scientific procedure for housing recovery. From AN EXAMPLE OF RECONSTRUCTION AFTER THE EARTHQUAKE IN ABRUZZO (ITALY), a parallel between the interventions made in L’Aquila and those that you could achieve in the Old historic centre of Jeddah.

In 2009 Al-Balad was nominated by Saudi Commission for Tourism and Antiquities to be listed in UNESCO’s World Heritage site and it was accepted on 2014.

The meeting with the group of engineers Saudis – after the time devoted to questions and answers concerning the subject matter – ends with a lunch which ia attended by all the participants in the morning’s work . 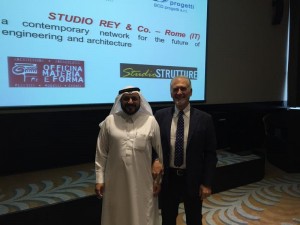 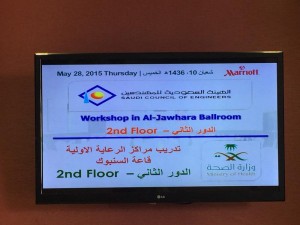 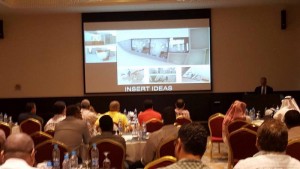 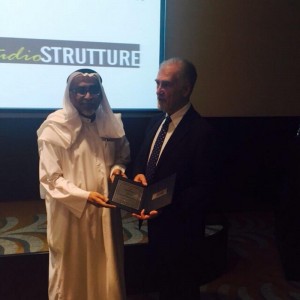 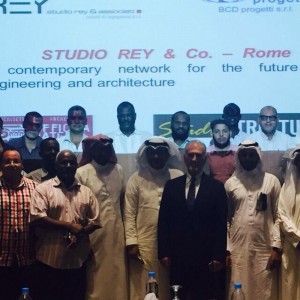 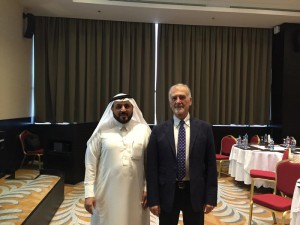 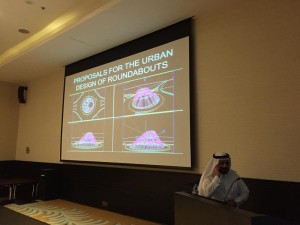